How to Change Risk & Issue Category default as per business requirement when selecting them through drop down or radio button?

I can do only Project wise from project site & then setting changes. But i want to customize it for all projects which are getting published in Project Server 2013. So doing manually every time project wise not making sense & consuming time also.

You have to create a new project site from "site actions" (not from a project), customize it, save it as a template and associate it to your EPT. Note that it will be applied only for newly created projects.

Be also aware not to rename or delete the default risk and issue list column.

I was looking for Category drop down contents where i can make standard list. Kindly see below image.I want to make Category & Status drop down to be changed from default values in Risk & Issue for all projects!! 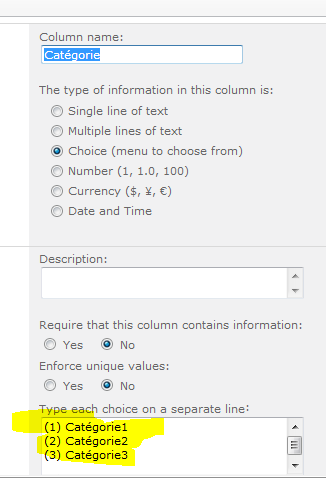 Do that for the other list and save the site as a template as mentionned in the blog.

Another way is to use Site Content Types, where you can add your columns and choices etc.,

One option would be to create a new project site template where your categories are updated/the desired values -> this will fix all future projects. PowerShell can be used to update all existing project sites.

An example to go through all webs in a site collection can be found here:

I have created custom template but not getting as demonstrated in  blog post from Prasanna  specially end part where Risk, Issue n all content can be seen. In My case only simple 3-4 items can be seen apart from risk, issue etc.

After that i saved this custom template to my one of EPT in Project Server 2013. But unable to customize my Risk & Issue Category options for all projects. However, i have gone through that post & unable to understand as described in 2010 & i am using 2013 version.

Kindly let me know after saving custom Template to EPT how to move further to customize these risk & issue categories globally.!!

As the default Issue and Risks lists are based on list content types, existing Project sites / list will need to be updated manually / in code. New projects / sites create with the new template will have the new config.

Still i am not getting for new projects.

And I think the setting you are missing, which I do not show in my blog post is that, when you are saving the site as a template, you need to check the box to Include Content, for your custom categories to save.

Once you do that and apply to an EPT, all NEW projects should have your new custom categories.

For all existing projects, as Paul and Paul suggested, you need to use PowerShell or Code to update.

November 20th, 2014 6:47am
Hmm..I will have to test it out. I think the choice values within the list column are considered custom content, whereas adding just a new column is configuration. I will confirm and post back.
Free Windows Admin Tool Kit Click here and download it now
November 20th, 2014 6:51am

In 2013 you have to include content to get the "Change the look" functionality to work.

I just tested, and You are correct, you do NOT need t Include Content, for list column values to be included in the template.

Please disrgard my advice above.

Can you post a new blog after making new custom template ?

As per your first blog, i made new custom template & associated with EPT. But unfortunately, i could't make it. Is it possible for you explain or update blog for to configure Category column in Risk & Issue for new template & making it global for all upcoming new projects!!

i am not that much expert but trying to learn from all of you & your support!!!